As part of our monthly deployments, we had a release on 5th July 2022 that was successfully deployed. With this release, we resolved and enhanced several customer requests/enhancements and took a significant step forward to solving our customer’s problems and use cases.

Following is the summary of the changes

This sprint involved further deepening of WhatsApp with WhatsApp Rapid introduced as a new plan - this plan will help SMEs rapidly scale their businesses using WhatsApp as a channel for lead generation and support.

With additional focus on analytics, under Broadcast and Campaign Analytics, detailed reports will now be accessible to customers for WhatsApp and Instagram channels.

User Import was improved and designed so as not to impact accounts with small-sized uploads. Speed of file import has been increased now and it should not impact other accounts, in case of large upload by a single account.

Conversation assignment logic from Unassigned queue was improved for the Supervisors.

Bot name and several other localisation attributes which were initially dependent on the bot default language or were not getting localised, will now get localised according to user selected language

WhatsApp Commerce was rolled out with some improvements, and is now in Beta stage. Please get in touch with us at contact@engati.com if you need access to the beta.

To give customers a sense of their WhatsApp account quality and usage details, these will now be available for 360dialog customers on Engati platform. These metrics will be available under Configure>Deployment>WhatsApp 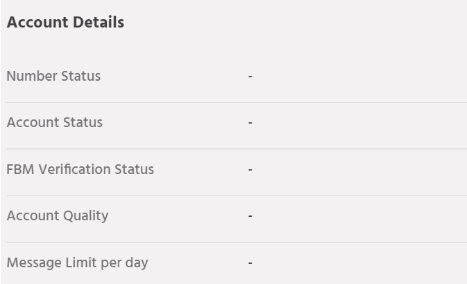 Widening the channel breadth, SMS as a channel was improved and some missing functionalities were added.

Mobile App functionality and integrations were deepended to include a Salesforce Page with ticket options. Social login was introduced on Android with Google sign-in option.

Updated 08 Aug 2022
Did this page help you?
Yes
No
UP NEXT
Release Notes August 2022
Docs powered by archbee

Updated 08 Aug 2022
Did this page help you?
Yes
No
UP NEXT
Release Notes August 2022
Docs powered by archbee