Attributes are used to store data entered by the user during the conversation that can be later transferred or used in various use-cases.

User attributes can also be used as variables for storing data related to a path execution. For example – the email or username of a chatbot user, items ordered, quantity and delivery address for a pizza ordering bot, and so on.

How does it work

The following example will help you understand its functioning.

For example – I have an attribute called as Name that will store the names of my users.

This information will be stored just for these users and they won’t be mixed up as we have identifiers to map them.

Methods to use Attribute Feature

You can invoke this feature into the platform via the following methods.

System Defined – Attributes that are created in Engati by default for capturing data.

For example – Facebook is a channel that provides user names of the person, hence this value is automatically pre-populated in the user.user_name attribute.

A standard system Attribute has a structure {{user.<attribute name>}}

Example: Attribute for full name {{user.user_name}}. This is a system generated. 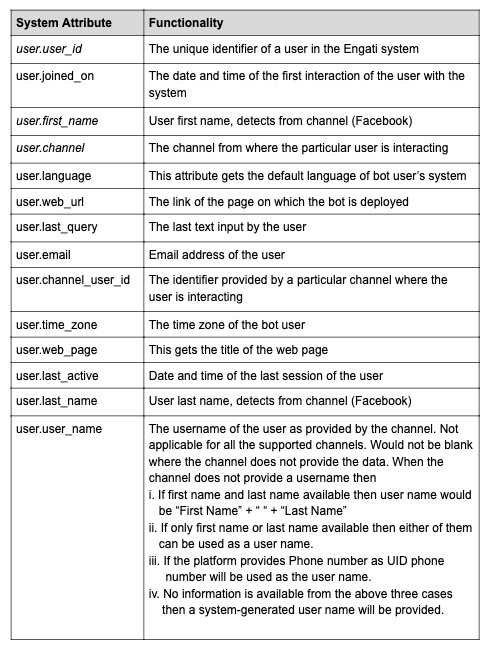 Custom attributes – Attributes created by the Users for their use-case.

This overrides the existing functionality of value generation and makes it a custom attribute that in turn will no longer automatically capture the values. 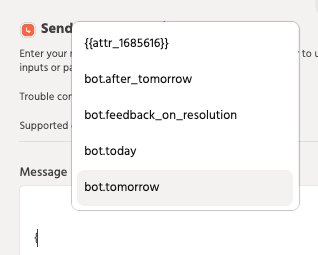 You can use APIs to filter users or conversations based on attribute name and their values. Attributes and their values are stored for each user that can be accessed via the Users page. 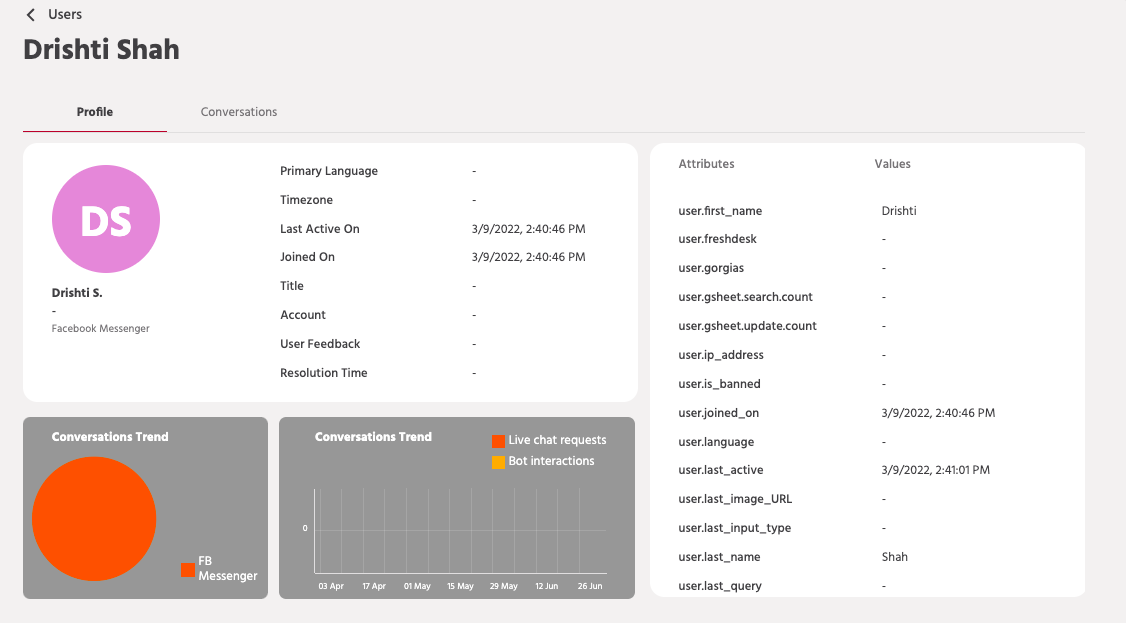 The attributes are limited in size by design. The constraint is due to performance factors.

Here are the standard limits:

For double-byte characters, these limits may be halved.

In order to deal with larger data, it is a standard practice for any development to split the data or use paginated responses.

In case of any issues feel free to reach out to support@engati.com.

Updated 01 Jul 2022
Did this page help you?
Yes
No
UP NEXT
User Attributes
Docs powered by archbee

Updated 01 Jul 2022
Did this page help you?
Yes
No
UP NEXT
User Attributes
Docs powered by archbee